Human Rights Based Approach – A Panacea for Human Trafficking in Nigeria

Human trafficking or Trafficking in Persons is a crime that thrives on the deprivation of the very essence of humanity-human rights.

It affects virtually every country in the world and has been associated with transnational criminal organizations, small criminal networks, local gangs, violations of labor law, immigration codes, and government corruption. The victims are vulnerable women, children and men feeding a reprehensible global demand for cheap labour, commercial sex, organ harvesting, and child soldiers amongst others. Human trafficking is a serious menace in Nigeria. Almost all the states in Nigeria are affected by human trafficking, but it is prevalent in the following  20 states, namely Lagos, Ondo, Edo, Benue, Ebonyi, Imo, Abia, Akwa Ibom, Cross River and Rivers. The others are Kano, Sokoto, Katsina, Jigawa, Kwara, Taraba, Niger, Borno, Yobe and Kebbi . Nigeria ratified the UN Protocol to Prevent, Suppress and Punish Trafficking in Persons, Especially Women and Children supplementing the United Nations Convention against Transnational Organised Crime 2000. It was also one of the first to criminalize human trafficking by virtue of the Trafficking in Persons (Prohibition) Enforcement and Administration Act 2003. The Act created the National Agency for the Prohibition of Trafficking in Persons (NAPTIP). The 2003 Act was  amended by the Trafficking In Persons (Prohibition) Law Enforcement and Administration (Amendment) Act, 2005 which was repealed by the Trafficking in Persons (Prohibition) Enforcement and Administration Act, 2015.

Human trafficking is generally understood to refer to the process through which individuals are placed or maintained in an exploitative situation for economic gain. The first ever agreed definition of trafficking was incorporated into the 2000 Protocol to Prevent, Suppress and Punish Trafficking in Persons, Especially Women and Children (Palermo Protocol) as:

the recruitment, transportation, transfer, harbouring or receipt of persons, by means of the threat or use of force or other forms of coercion, of abduction, of fraud, of deception, of the abuse of power or of a position of vulnerability or of the giving or receiving of payments or benefits to achieve the consent of a person having control over another person, for the purpose of exploitation. Exploitation shall include, at a minimum, the exploitation of the prostitution of others or other forms of sexual exploitation, forced labour or services, slavery or practices similar to slavery, servitude or the removal of organs.

b   Human Rights Based Approach

The Trafficking in Persons (Prohibition) Law Enforcement and Administration Act 2003 provides  that NAPTIP shall  co-ordinate all laws on trafficking  in persons and related offences and the enforcement of those laws. Since its inception NAPTIP has prosecuted and convicted 359 persons for human trafficking. Prosecution of human traffickers is difficult. This is because  conviction is based on victim’s testimony which is hard to obtain because of the control mechanism adopted by traffickers One of such control mechanisms is the use of voodoo and other threats and intimidation  by traffickers to control their  victims. Section 5(c) empowers NAPTIP to prosecute persons who are involved or have committed any offence under the Act

The Trafficking in Persons (Prohibition) Law Enforcment and Administration Act, 2015 (as amended) provides for humane treatment, protection and non-discriminatory practices towards victims of trafficking by providing elaborately for the protection of the identity and persons of victims of the crime.   Section 61 provides that  a trafficked person should  not be  subjected to discriminatory treatment on account of race, colour, gender, sex, age, language, religion, political or other opinion, cultural beliefs or practices, national, ethnic or social origin, property, birth or other status, including his status as a victim of trafficking or having worked in the sex industry;  and that a trafficked person has access to adequate health and other social services during the period of temporary residence. The Federal Government of Nigeria has established a Victims of Trafficking Trust Fund, where assets and proceeds seized from convicted traffickers are kept for victims’ rehabilitation.

Addressing the push factors of human trafficking will go a long way in preventing  human trafficking. This vicious cycle demands a strategy that frames the problem within its broader socioeconomic context and takes seriously the project of targeting the root causes of the problem.  Some of the measures include   but are not limited to education and public awareness programmes, people-oriented socio-economic programmes  and national policies . One of the functions of NAPTIP is the adoption of effective measures for the prevention and eradication of trafficking in persons and related offences. NAPTIP has collaborated with community leaders and NGOs in fighting human trafficking. This it does through its public enlightenment department in the six zonal offices across the country. For instance the Agency engaged witchdoctors to sensitise them on what human trafficking victims go through in Europe.

There is no doubt that Nigeria has made considerable effort in adhering to a human rights based approach  in combating human trafficking however  a lot more needs to be done . For instance the push factors that propel people to make dangerous, treacherous journeys in search of greener pastures must be addressed. There is no doubt that poverty, discrimination, unemployment and other vulnerability factors must be firmly addressed as it will go a long way in reducing human trafficking. When opportunities abound for everyone, the desire for desperate and uncertain migration will be reduced. Collaboration amongst enforcement agencies such as the Police, Immigration and NAPTIP should also be strengthened.

2.     Janie Chuang , ‘Beyond a Snapshot: Preventing Human Trafficking in the Global  Economy’ 156 <https://www.repository.law.indiana.edu/cgi/viewcontent.cgi?referer=https://www.google.com/&httpsredir=1&article=1323&context>

Include e-discovery in court rules –Judge 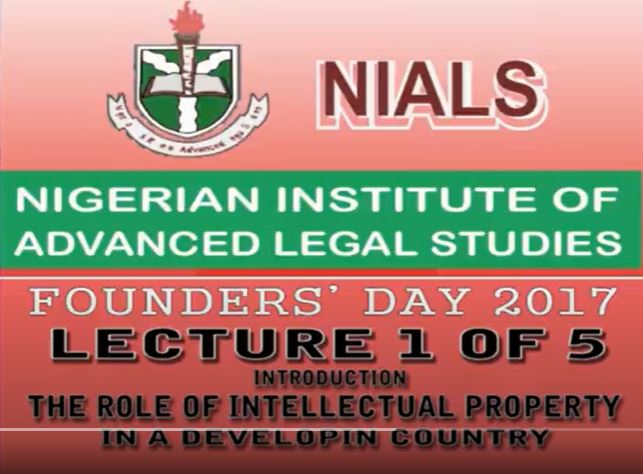 Chat with a Representative